Skip to main content
API Adoption On the Rise Across All Industries
March 18, 2021

Application Programming Interfaces (APIs) are a critical component of software development and allow developers to build applications and microservices more rapidly. The second annual RapidAPI Developer survey (conducted at the end of 2020) asked 1500 developers, executives, and engineering managers about their API usage and other technology trends. The survey found API adoption increased across all industries, with executives prioritizing investments in the API economy.

Developers Across All Industries Used More APIs in 2020 ...

The survey confirms what many developers already expected to see — API usage continues to grow at a rapid rate.

This shows a strong interest in APIs and microservices by developers from all industries, backgrounds, and experience levels. 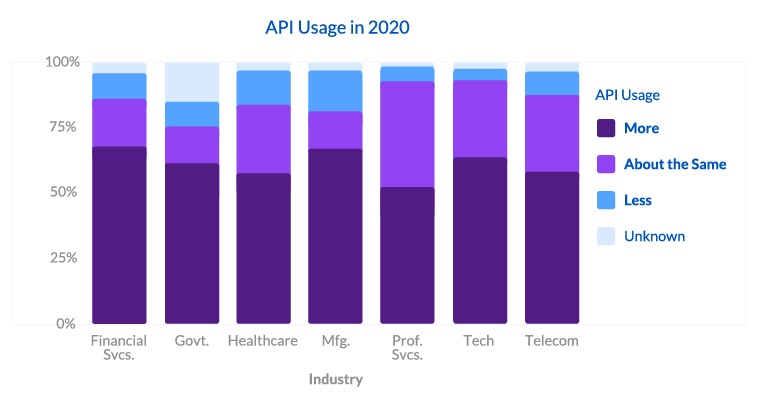 This supports the prioritization of digital transformation by many companies, which has been spurred in part by the COVID-19 pandemic and rise of remote work.

We see this overwhelming trend towards increasing API usage across all industries that were included in the survey. There is some variance if we look at the breakdown by industry. 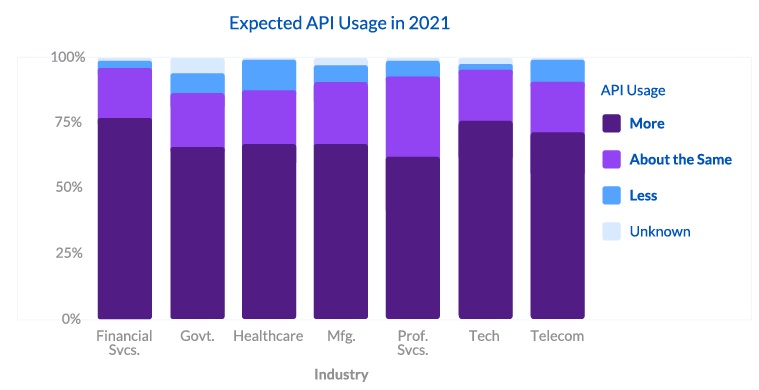 It's not just developers who report increased interest and usage of APIs. Across all industries, 58% of executives in the survey said participating in the API economy was a top priority for their organization.

This number was even more prominent in certain industries including telecommunications (89%), healthcare (75%), and financial services (62%).

Executives are prioritizing involvement in the API economy for a variety of reasons, including potential profits, competitive outlook, and regulatory requirements. 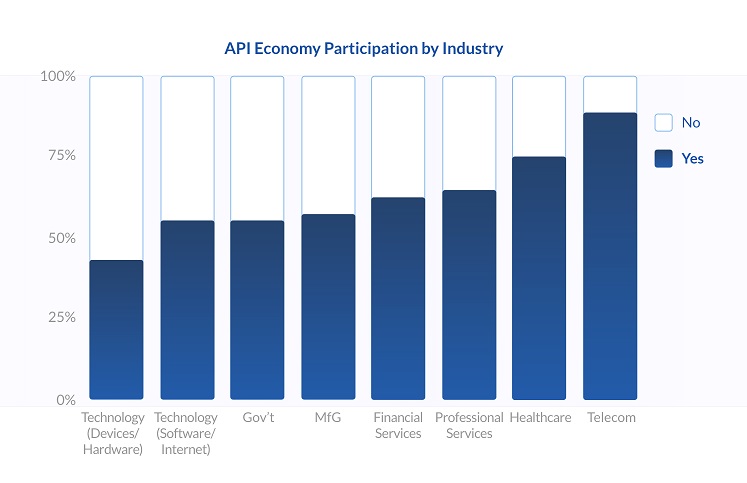 For example, traditional Telcom providers have been exposing APIs to consumers and partners, in order to compete with newer companies like Twilio. This provides a potential opportunity for increasing profits and allows them to stay relevant in the changing industry landscape.

Additionally, standards and regulations are driving increasing participation in the API economy. Examples include Fast Healthcare Interoperability Resources (FHIR) and the Open API Initiative which are critical to healthcare and financial services.

These trends are likely to expand into other industries in 2021 and beyond.

As APIs become more pervasive, interest in new API technology also grows. The 2019 and 2020 surveys both questioned participants about their usage of several established and emerging API technology trends.

Trends featured in both years of the survey include SOAP, REST, GraphQL, gRPC, and more. 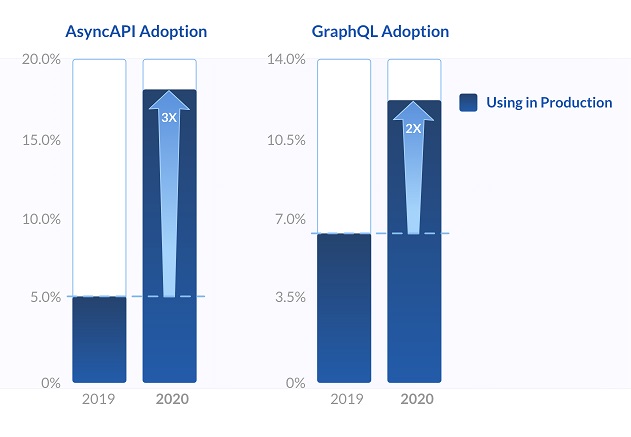 Companies aren't just investing resources to expose APIs for consumers and partners — there is also growing investment in developing internal APIs and microservices.

With nearly 60% of developers spending 10 or more hours a week working on APIs, it is clear organizations are investing a significant amount of time and resources to develop internal APIs.

If 2020 proved one thing — it's that the road ahead is unpredictable and uncertain. It also proved that APIs and microservices are here to stay, and continued investment in these areas will be the key for many companies as they navigate 2021 and beyond.

Kelsey Mullins is a Developer Content Creator at RapidAPI

Security at the Speed of Development
Accelerate Your Kubernetes Deployments
How to Map Your Deployment Pipeline
CI/CD Best Practices for Stress Free Software Development
The Importance of Continuous Deployment
10 Pillars of Pragmatic Kubernetes Deployments
Conquer SaaS Chaos with a SaaS DevOps Platform
Buyers Guide to Workload Protection
Protecting the SDLC
Join the 80% – DevOps for SAP: Laying the Foundations for Success
Streamlining Software Development with SAP Toolchain Integration
How to Get Started with DevOps for SAP
A Practical Guide to DevOps for SAP
Best Practices for GitHub
Buyers Guide for CNAPP
END_OF_DOCUMENT_TOKEN_TO_BE_REPLACED