You'll probably have heard of the Accelerate State of DevOps Report from DORA. Now in its fifth year and backed by rigorous research involving 30,000+ professionals worldwide, it has consistently shown that higher software delivery performance delivers powerful business outcomes. 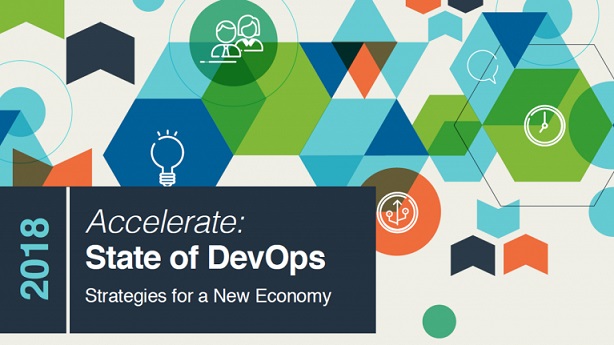 There's a welcome insight in the 2018 report, however, because for the first time it calls out database development as a key technical practice which can drive high performance in DevOps. This matches similar findings in research from Redgate Software, which sponsored the report and provided input.

Database development has entered the picture because deploying changes to the database is often the bottleneck in software development and slows down releases. To address this, the report investigated which database-related practices help when implementing continuous delivery to improve software delivery performance and availability.

The results revealed that teams which do continuous delivery well use version control for database changes and manage them in the same way as changes to the application. It also showed that integrating database development into software delivery positively contributes to performance, and changes to the database no longer slow processes down or cause problems during deployments.

The starting block is communication, cross-team collaboration and visibility, which echoes Redgate's own 2018 State of Database DevOps Survey earlier in the year. This showed that 76% of developers are now responsible for both application and database development, and 58% reported their development teams and DBAs work on projects together.

In terms of DevOps itself, the report shows that the highest performing organizations which adopt DevOps release changes 46 times more frequently, have a change failure rate that is 7 times lower, and are able to recover from breaking changes 2,604 times faster.

Crucially, the lead time from committing changes to being able to deploy them is less than one hour in the highest performing organizations – and between one and six months in low performers. Between 46% and 60% of changes deployed by low performers also require some form of hotfix, rollback, or patch.

Beyond those figures, there is one sentence in the report that stands out as the key differentiator and reason for adopting DevOps:

"Those that develop and deliver quickly are better able to experiment with ways to increase customer adoption and satisfaction, pivot when necessary, and keep up with compliance and regulatory demands."

This ties in with achieving regulatory compliance by adopting database DevOps. The automation it encourages and the audit trails it provides across the database development process ease compliance so that companies can deliver value faster while keeping data safe.

This is just a glimpse of the value the Accelerate State of DevOps Report offers in terms of understanding the drivers that can improve software delivery and operational performance. The main highlights are:

■ Teams which leverage all of cloud computing's essential characteristics are 23 times more likely to be high performers.

■ Open source software is 1.75 times more likely to be extensively used by the highest performers.

■ Outsourcing by function is rarely adopted by the highest performers and hurts performance.

DevOps Institute, a global member-based association for advancing the human elements of DevOps, announced the introduction of its SKILup Playbook Library, a dynamic collective body of knowledge (cBok) that aligns thought leadership from industry experts with a set of dynamic, orchestrated artifacts, research and assets.

Docker has extended its strategic collaboration with Microsoft to simplify code to cloud application development for developers and development teams by more closely integrating with Azure Container Instances (ACI).

Aptum launched its Managed DevOps Service in partnership with CloudOps, a cloud consulting and professional services company specializing in DevOps.

Red Hat announced an expansion of its application services portfolio with the addition of Quarkus as a fully supported framework in Red Hat Runtimes.

Couchbase has completed a $105 million all-equity Series G round of fundraising.

Aqua Security closed a Series D round of $30M led by Greenspring Associates.

GitLab is releasing 13.0 of its DevSecOps platform to enable organizations to efficiently adapt and respond to new and dynamic business challenges.

Solo.io announced the availability of the Istio Developer Portal to streamline the developer onboarding process for improved developer experience and increased productivity with added security features.