Before releasing a software application to the end customers, it must be measured against parameters like robustness, scalability, speed, responsiveness, interoperability, throughput, and stability under different load conditions. This is important as an application with poor usability and functionality will not be accepted by its target customers. 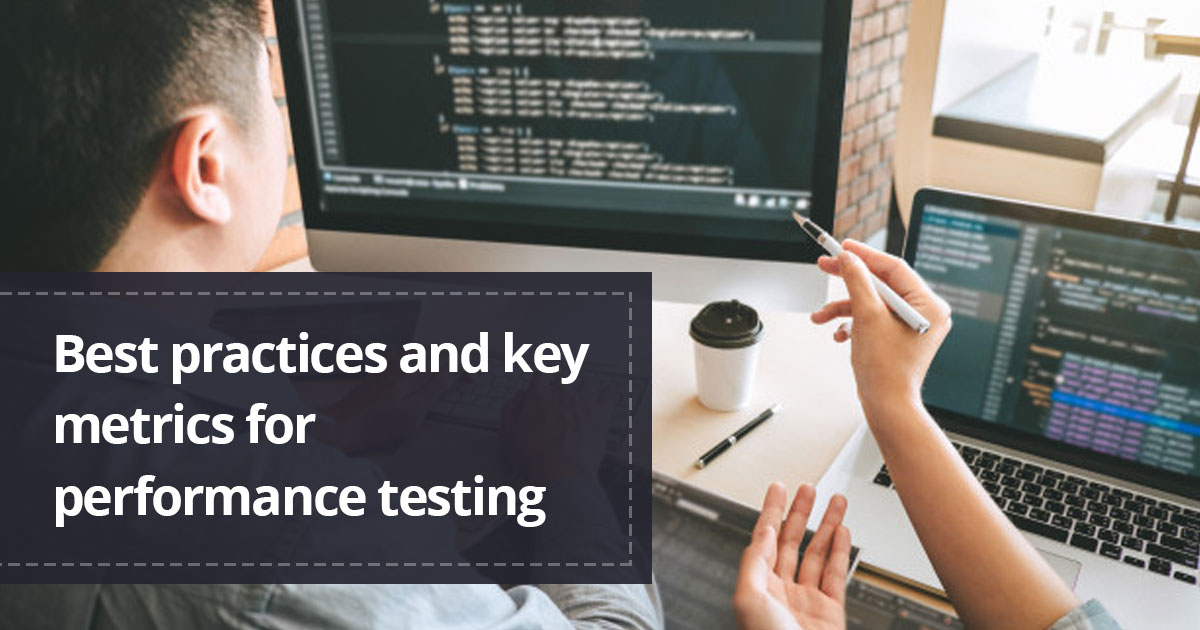 The tech-savvy customers of today expect their software applications to perform every function quickly, accurately, and without any hiccups. Loading speed is an important performance metric to evaluate an application. According to statistics, around 40% of people are expected to abandon a website if it takes more than 3 seconds to load.

Also, a one-second delay in loading a page may end up with 7 percent fewer conversions — a significant number indeed! A performance testing methodology can identify and fix glitches/bottlenecks in the application by generating diagnostic information.

What Are the Types of Performance Testing?

The various types of testing to validate the performance of an application against pre-defined load conditions are as follows:

Load testing: A load performance testing exercise evaluates the response time of the application under a normal workload condition.

Stress testing: Similar to load testing, it evaluates the performance of an application beyond the normal load thresholds. It determines the level of load the application can handle before faltering.

Endurance testing: This type of application load testing measures the performance of an application over a period of time and helps to identify issues like memory leaks. This type of testing is also referred to as soak testing.

Spike testing: It is a type of stress testing wherein the performance of an application is evaluated when subjected to sudden variations in the workload conditions.

Volume testing: This type of software application load testing evaluates the performance of an application when faced with a large data volume.

Evaluating the performance of a website, web or mobile application against pre-defined load conditions needs the presence of some key metrics shown as under:

Response time: The actual time taken by the application to respond to a specific query.

Average load time: The average time taken by a website or mobile application to load irrespective of the device platforms.

Throughput: Refers to the number of transactions an application can handle in a second.

Peak response time: The duration of the longest response given by the application. If the same is greater than the average load time, then there is a problem to be addressed.

Average latency: Also referred to as wait time, it is the time spent by a request in a queue before getting processed.

Requests per second: Refers to the number of requests handled by the application per second.

After choosing the requisite tools, the QA testers can create and execute a performance testing framework as mentioned below:

Test environment: The first step is to create a suitable test environment comprising the hardware, software, and network to execute the test. It is only the right set up reflecting the real-world scenarios that can identify (and mitigate) performance-related issues.

Users' perspective: It is important to understand the performance of an application from the users' perspective. So, instead of focusing on factors like server response, find out whether the users shall have a similar experience. This would mean creating a beta version of the product and capturing the users' experience.

Test plan: It includes the schedule, approach, scope, and resources needed to conduct the test. Additionally, it entails the features to be tested, the essential test elements and tasks to be tested, and testers assigned for the role.

Report generation and analysis: The result data are captured and analyzed to identify and fix any possible performance issues.

Retest: For any correctives applied to the application, the same should be retested against similar parameters.

Conducting performance testing can be time-consuming but extremely critical for the success of any application. It lets testers know about the various thresholds the application can handle in terms of traffic, load time, and throughput, among others.

No Code Orchestration of Octopus Deployments
All About Container Security
Introducing ActiveControl 9.0: 4 Principles for Removing Bottlenecks from SAP Change Delivery to Drive Business Growth
CI/CD with GitHub Actions and Octopus Deploy
DevOps Transformation Using No-Code Orchestration
CI/CD with GitHub Actions and Octopus Deploy
Automate Salesforce Releases: Live Panel with Nokia
Getting Started with Octopus Deploy
Rebuilding and Scaling Up Your SaaS Product
Database DevOps - Building Better Systems
Database DevOps - Imagining Better Systems
What DevOps Professionals Need to Know About SAP
A Beginner's Guide to Agile Development for SAP
A Step-by-Step Guide to CI/CD Workflows in SAP
What is DevOps for SAP (and how can it help)?
END_OF_DOCUMENT_TOKEN_TO_BE_REPLACED

Security at the Speed of Development
Accelerate Your Kubernetes Deployments
How to Map Your Deployment Pipeline
CI/CD Best Practices for Stress Free Software Development
The Importance of Continuous Deployment
10 Pillars of Pragmatic Kubernetes Deployments
State of Open Source Security Report 2022
Conquer SaaS Chaos with a SaaS DevOps Platform
Buyers Guide to Workload Protection
Protecting the SDLC
Join the 80% – DevOps for SAP: Laying the Foundations for Success
Streamlining Software Development with SAP Toolchain Integration
How to Get Started with DevOps for SAP
A Practical Guide to DevOps for SAP
Best Practices for GitHub
END_OF_DOCUMENT_TOKEN_TO_BE_REPLACED