According to Forrester research, of 40 university computer science programs in the US, not one requires students to take secure coding or secure application design courses. That piece of the cyber skills gap means such training is often left up to individual teams.

Developers are not, and should not be expected to be, security experts.

Start with New Report: Speed and Security Are Both Possible in Software Development - Part 1

But to make DevSecOps more effective and address both the speed and security pressures, development and security teams need to understand each other better. For developers, that means understanding how applications can be exploited — the OWASP Top 10 is a good start.

ESG listed other elements of the most effective AppSec programs, several of which include better security awareness for developers. They include:

■ Development managers are responsible for communicating best practices to developers.

Then there is the technology piece, a major part of which is security testing tools.

Tools are crucial to finding design flaws, vulnerabilities in code and open source defects and licensing conflicts. Most organizations use multiple tools, but some of them have gone overboard — way overboard.

ESG reported more than a year ago that organizations on average run 25 to 49 security tools from up to 10 different vendors. There's an industry term for it — "tool sprawl." And it can slow productivity and lead to higher overall costs — the very things a good mix of security tools should help development teams avoid.

Analysts like Forrester and 451 Research have reported on tool sprawl in the past year, noting that as many as 40% of organizations admit that their development teams are so overwhelmed by security alerts that they can't respond to at least 25% of them. Indeed, when security alerts are so constant, they become background "noise" and are ignored — the exact opposite of the intent.

Survey respondents are aware of the problem. "Nearly one-third of organizations are … planning future investment to consolidate and simplify their tools proliferation," the report said.

So, clearly one part of the solution is DevOps integration — finding the right mix of tools that can work together and are easy for developers to use. ESG found that, for organizations seeking to improve the security of their software, "the most common challenge with their current tools is that their developers lack the knowledge to (mitigate identified security issues)." 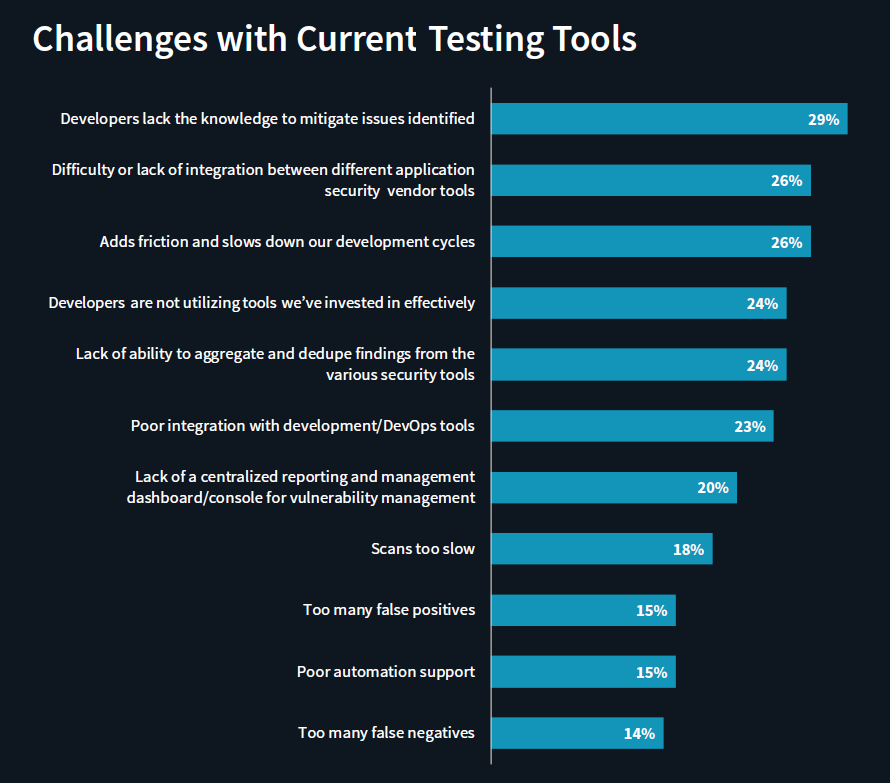 The other part is automation. "Most believe that automating application security testing throughout the SDLC can make the biggest impact on the success of their program. DevOps integration reduces friction and shifts security further left, helping organizations identify security issues sooner," the report said.

The obvious goal is to build both security and speed into the SDLC. And based on the survey results, organizations are willing to invest to achieve that. More than half reported plans to "significantly increase spending on application security over the prior year."

Which means there is at least a chance that at some point in the future, the market will indeed get software-powered products that are the latest, greatest — and also the safest.

www.synopsys.com
New Report: Speed and Security Are Both Possible in Software Development - Part 1

Security at the Speed of Development
Accelerate Your Kubernetes Deployments
How to Map Your Deployment Pipeline
CI/CD Best Practices for Stress Free Software Development
The Importance of Continuous Deployment
10 Pillars of Pragmatic Kubernetes Deployments
Conquer SaaS Chaos with a SaaS DevOps Platform
Buyers Guide to Workload Protection
Protecting the SDLC
Join the 80% – DevOps for SAP: Laying the Foundations for Success
Streamlining Software Development with SAP Toolchain Integration
How to Get Started with DevOps for SAP
A Practical Guide to DevOps for SAP
Best Practices for GitHub
Buyers Guide for CNAPP
END_OF_DOCUMENT_TOKEN_TO_BE_REPLACED