According to Gartner, 2016 is the year that 25% of enterprises will embrace DevOps. Organizational and behavior headwinds notwithstanding, is there anything else different about Enterprises? 451Research's Customer Insight, Voice of the Enterprise Cloud, Q4 2014 survey found that 56% of workloads will be in private or hybrid cloud environments by 2016. Enterprises will require additional capabilities in order for DevOps to succeed there.

Three critical capabilities are required to ensure success with DevOps in Enterprises that have hybrid IT environments:

Think of these 3 capabilities as addressing the "what", "how" and "where" elements of the enterprise DevOps challenge:

Containers (the "what") - Putting your applications into containers allows them to look uniform as they cross between non-production and production environments and between on premise and cloud.

DevOps Tools (the "how") - Using DevOps tools that automate the steps from programming to testing to production deployment is designed to address the "how" part of the challenge.

Sandboxes (the " where") - Sandboxes address the real question of "where" do I develop my application so that the environment and infrastructure that it runs on look the same from the development lab to the test lab to the production datacenter or cloud. 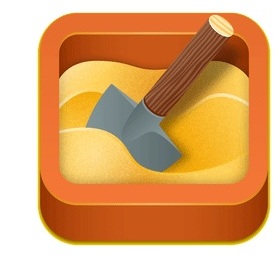 Sandboxes (aka Uber Containers) are self contained infrastructure environments that can be configured to look exactly like the final target deployment environment, but can be created and run anywhere. For example, developers can create a sandbox that looks like the production environment - from network and hardware to OS versions and software to cloud APIs. They do their development in that sandbox for a short period of time and when they are done they tear down the sandbox.

Testers can do the same thing, and in addition, they can run a bunch of tests with the sandbox configured to look like their internal IT environment and then automatically re-configure the sandbox on the fly to look like the external cloud environment and run more tests. This allows them to test all of the possible environments that the application could run in without disrupting the actual production infrastructure.

What is a Sandbox? Intuitively we know that a sandbox is a protected space where you have complete control and others are allowed in only if you invite them. You can bring in your own toys to the sandbox and make anything you want in the sand. Just stomp it out if you don't like it and start over. Technically, sandboxes follow these same rules. A number of vendors are now providing Sandbox solutions (some are called "Environment as a Service") that have a simple interface for creating any target infrastructure environment and configuring it with as much control as you want. They allow you to bring applications, tools, tests and automated processes into that sandbox. They provide protections so that others cannot mess with any infrastructure that you are currently using in your sandbox. They provide reservation and scheduling for many people so that whole teams of developers and/or testers can share physical and virtual infrastructure on-the-fly for hours, days or weeks at a time. Finally, a good Sandbox solution can be triggered from the outside (for example, from a DevOps tool).

Of course, in the perfect world, Containers, DevOps tools and Sandboxes can be combined to enable continuous deployment in an enterprise hybrid cloud. Package your applications in Containers, use DevOps tools to manage and automate the process of moving through the development cycle, and create Sandboxes for each step in the development cycle that mimic the actual target production infrastructure(s) on which those applications need to run. This 3 step combination ensures Enterprise DevOps success.

Joan Wrabetz is CTO of QualiSystems.

Security at the Speed of Development
Accelerate Your Kubernetes Deployments
How to Map Your Deployment Pipeline
CI/CD Best Practices for Stress Free Software Development
The Importance of Continuous Deployment
10 Pillars of Pragmatic Kubernetes Deployments
Conquer SaaS Chaos with a SaaS DevOps Platform
Buyers Guide to Workload Protection
Protecting the SDLC
Join the 80% – DevOps for SAP: Laying the Foundations for Success
Streamlining Software Development with SAP Toolchain Integration
How to Get Started with DevOps for SAP
A Practical Guide to DevOps for SAP
Best Practices for GitHub
Buyers Guide for CNAPP
END_OF_DOCUMENT_TOKEN_TO_BE_REPLACED