In 2020, while a pandemic raged and teams everywhere learned how to work remotely, something rather unexpected happened to DevOps: it grew up. 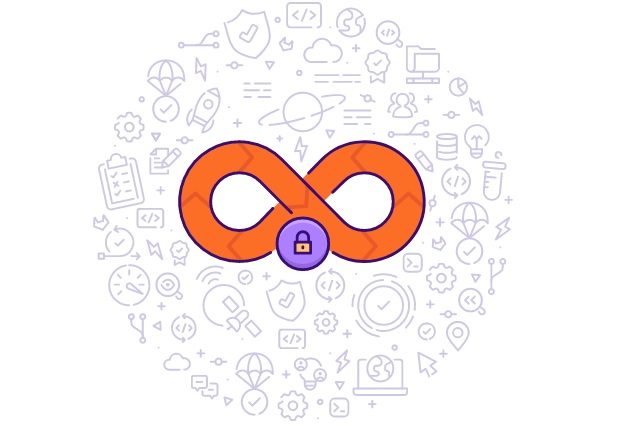 In short, GitLab's 2021 Global DevSecOps Survey revealed profound progress across the board:

■ In our 2020 survey dev, sec, and ops said they needed better communication and collaboration skills for their future careers. This year, after an intense period of enforced soft skills, their priorities have shifted dramatically to AI/ML (devs), subject matter expertise (sec), and advanced programming (ops).

A Snapshot of Today's DevOps

All told, 4300 people from around the world shared their stories of DevOps successes and failures, often in their own words. The picture that emerged was clearly a methodology hitting its stride. For starters, 43% have been doing DevOps for between 3 and more than 5 years, meaning they're very well seasoned.

What's in their DevOps tech stack?

CI/CD followed by DevSecOps, test automation and a DevOps platform. Interestingly, AI/ML use is up to 11.5%, a 7 point jump from the 2020 survey. Almost 70% said they use a DevOps platform, though we left it to them to define what that means, and they credit that with making their practice better, boosting collaboration, and making automation and visibility easier.

But for the third year in a row, testing remains the sore spot and is still the number one reason for release delays. That could change in the near future though: 41% of survey takers use AI/ML to check code or use a bot for testing, up from 16% last year.

Responses from developers clearly underscored how seriously teams are taking DevOps. Devs didn't make incremental changes; instead they brought in game changing technologies including source code management, CI/CD, a DevOps platform and automated testing. As we saw in the 2020 survey, devs continued to report their roles are changing, taking on responsibilities like provisioning and monitoring that used to be the province of operations. And 39% say they're completely responsible for security, clear signs of a "shift left."

But the tech and role changes were just part of what went on in 2020. It's clear dev teams spent thoughtful time on how to improve their DevOps practices. In their own words:

"Our team adopted microservices on a new project and then fully embraced continuous delivery. To get to continuous delivery, we need to assure quality, so we have automated tests built-in. Investing in these areas allowed our team to deploy 2000 times to production over a year, where in the past we would deploy maybe 6 times."

"We are releasing code globally instead of into specific locations with automated deployments. Principally, cutting commit-to-live time (by removing batching) encouraged smaller changes incurring less overhead (due to removing a coping strategy of increasing scope)."

"We divide and conquer: splitting the code into more modules has helped decrease debug time, improved stability, and allow a mix and match approach."

"We evaluated the team and did value stream mapping and finalized the desired state. In most of the cases we found the team needs an automated pipeline for faster delivery and immediate feedback so that they can act fast rather than later . We also moved security left so that developers can fix security issues fast. We also made sure developers are doing code review in a collaborative way through pull requests."

In the 2020 report, security was a standout, but not necessarily in a good way: not many scans were being run, dev and sec continued to point fingers and there was zero agreement over who "owned" security, or even how safe and secure teams were.

Apparently it took a pandemic for that to improve because this year, 72% of security pros rated their sec efforts as either "strong" or "good." Teams are running SAST, DAST, compliance and more scans than ever before, and even the friction between dev and sec has decreased dramatically. Sec pros still complain that devs don't find enough bugs early in the process while devs are still waiting for scan results to show up in their IDEs.

But the results this year feel more like DevSecOps than ever before.

The Changing Roles in Operations

The biggest takeaway from ops pros? Their roles continue to change, with a growing emphasis on managing the cloud (about 50% say that's most of their job today) or on managing infrastructure. In their own words:

"Everything from provisioning servers to managing people. Most of the stuff in between is building automation platforms to do the day-to-day work."

"I plan the company roadmap for software development, manage the entire developer team, and come up with R&D efforts."

"I'm a Jack of all trades ... a lil bit of everything I can get myself into."

"DevOps, SRE monitor and make sure the platform works."

"Maintain the tools of the DevOps toolchain in operational condition and continue to improve the platform and practices."

Looking to the Future

In another sign of perhaps pandemic-fueled progress, the majority of the survey takers plan to focus their investments this year on the cloud, followed by artificial intelligence. That's a significant change from the 2020 survey where cloud was the 4th place pick and AI was in a distant 8th place.

And after a year of re-thinking and doing, 75% of survey takers said they felt either "somewhat" or "well" prepared for the future.

Security at the Speed of Development
Accelerate Your Kubernetes Deployments
How to Map Your Deployment Pipeline
CI/CD Best Practices for Stress Free Software Development
The Importance of Continuous Deployment
10 Pillars of Pragmatic Kubernetes Deployments
Conquer SaaS Chaos with a SaaS DevOps Platform
Buyers Guide to Workload Protection
Protecting the SDLC
Join the 80% – DevOps for SAP: Laying the Foundations for Success
Streamlining Software Development with SAP Toolchain Integration
How to Get Started with DevOps for SAP
A Practical Guide to DevOps for SAP
Best Practices for GitHub
Buyers Guide for CNAPP
END_OF_DOCUMENT_TOKEN_TO_BE_REPLACED