"Badges? We don't need no stinking badges." In the classic film, The Treasure of the Sierra Madre, this line was spoken by a group of bandits who clearly didn't need law and order on their side.

Today, one could easily picture a different type of bandit that has been disrupting application development and coding, uttering something very similar.

Yep, for a few years now, it has seemed like agile developers and DevOps teams haven't been giving testing its proper due. One could almost picture them thinking, "So what if there's a bug, design flaw or performance issue. We'll fix it in the new version next week."

Of course, this line of thinking has turned out to be a big mistake. Instead of issues getting fixed in next versions, many agile developer groups were simply pushing problems down the line and creating bigger and harder-to-fix issues in the future. 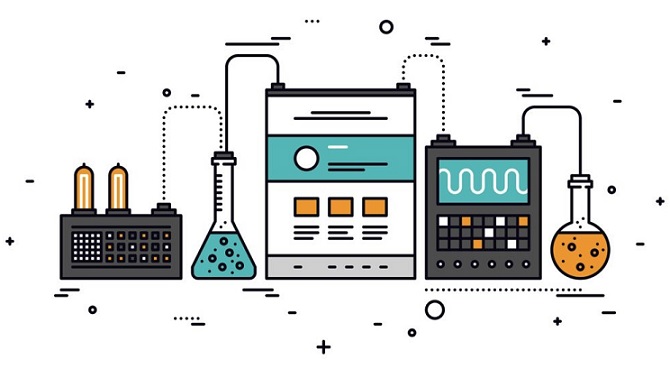 Luckily, it looks like a big about-face is now occurring. Aberdeen research has seen a big spike in interest in the deployment of tools to test application performance, usability, and functionality, especially in the development phase. And we've seen the biggest surge in interest among established enterprises that have already made the move to DevOps and agile development.

Also, our surveys into DevOps and performance management have found that businesses that are leaders in application performance are investing in testing tools that help them optimize development in emerging areas.

For example, with all companies, agile tools are a top area of interest (at 29%), followed by agile software development (24%), and software testing (12%). Aberdeen research has shown that many businesses are adopting agile practices for development and are looking to be more innovative and meet rising customer expectations for applications and services.

Interestingly, when we drill into large enterprises, we see interest in software testing double (to 27%). With many of these large organizations having already adopted agile, it makes sense that they would show increased interest in improving their applications through testing, as our research shows significant costs, both in revenues and in customer satisfaction, from applications with poor performance and usability.

We will continue to research the growth in testing and in all areas of application development and optimization. Given the rapid rate of innovation and change in these areas, it is clear that businesses need every tool at their disposal to stay on top.

In the end, good testing is a kind of badge of quality for applications and services. And that's the kind of badge that even modern coding bandits will need.

aberdeen.com
This post first appeared on Aberdeen Essentials
For further reading, check out Application Security at the Speed of DevOps

No Code Orchestration of Octopus Deployments
All About Container Security
Introducing ActiveControl 9.0: 4 Principles for Removing Bottlenecks from SAP Change Delivery to Drive Business Growth
CI/CD with GitHub Actions and Octopus Deploy
DevOps Transformation Using No-Code Orchestration
CI/CD with GitHub Actions and Octopus Deploy
Automate Salesforce Releases: Live Panel with Nokia
Getting Started with Octopus Deploy
Rebuilding and Scaling Up Your SaaS Product
Database DevOps - Building Better Systems
Database DevOps - Imagining Better Systems
What DevOps Professionals Need to Know About SAP
A Beginner's Guide to Agile Development for SAP
A Step-by-Step Guide to CI/CD Workflows in SAP
What is DevOps for SAP (and how can it help)?
END_OF_DOCUMENT_TOKEN_TO_BE_REPLACED

Security at the Speed of Development
Accelerate Your Kubernetes Deployments
How to Map Your Deployment Pipeline
CI/CD Best Practices for Stress Free Software Development
The Importance of Continuous Deployment
10 Pillars of Pragmatic Kubernetes Deployments
State of Open Source Security Report 2022
Conquer SaaS Chaos with a SaaS DevOps Platform
Buyers Guide to Workload Protection
Protecting the SDLC
Join the 80% – DevOps for SAP: Laying the Foundations for Success
Streamlining Software Development with SAP Toolchain Integration
How to Get Started with DevOps for SAP
A Practical Guide to DevOps for SAP
Best Practices for GitHub
END_OF_DOCUMENT_TOKEN_TO_BE_REPLACED