At its emotional core, Star Trek explores the bond between two very different species – Kirk and Spock – who team up to seek out new worlds and defend the Enterprise. In many ways, the same can be said for developers and security teams. How so? In Part 1 of this blog, we covered Clear Visualization and Teamwork. Here are 2 more ways. 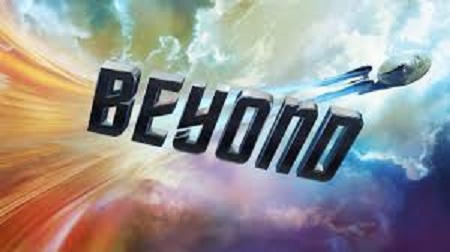 Resistance is futile when it comes to adopting gamification. Gamification is considered the buzz in today's enterprises and startups alike. Wikipedia has a good description: "Gamification is the use of game thinking and game mechanics in non-game contexts to engage users in solving problems. Gamification is used in applications and processes to improve user engagement, return on investment, data quality, timeliness, and learning."
Gamification takes the teamwork enhancements described earlier to another level.

Gamification can be implemented as an exchange platform between developers, integrated into the developer's environments. In such a setup, each developer would be able to view the security solutions of others.

Developers could then flag particular solutions, similar to a Facebook "like", and even contribute to the general understanding of the nature of the particular vulnerability. Taking it further, it's even possible to reward the user who has been most beneficial to the team. For example, presenting rewards to developers who find the hidden risk, ways to break the code or written an impenetrable function. You can even call it your own in-house bug-bounty program.
A global social network is ideal for implementing such a security exchange platform. However, even simple existing forums, such as GitHub or StackExchange, can be used as they too reward developers for their contribution.

"Kirk relied on Spock unfailingly for his advice, knowing it would never be encumbered by any thoughts of personal gain or tempered by emotional constraints," as stated by Time magazine.

The type of immediate feedback Spock is known for also has big benefit in a SAST scenario. We all draw lessons from our mistakes. Previously, a Quality Assessment (QA) was not performed until several months after the development cycle ends. Nowadays, in today's development environments, unit testing is de riguer and developers receive feedback on their code while it's still "fresh off the press".

Application Security is built around the concept of ensuring that the code written for an application does what it was built to do, and keeps the contained data secure. Notwithstanding the high general interest in security, time and time again developers fail to integrate secure coding best practices. With these four tips, security teams can transfer that security spark to developers when it comes to writing code. In order for any security program to be properly implemented, it needs effective teamwork between developers and security teams.

Security at the Speed of Development
Accelerate Your Kubernetes Deployments
How to Map Your Deployment Pipeline
CI/CD Best Practices for Stress Free Software Development
The Importance of Continuous Deployment
10 Pillars of Pragmatic Kubernetes Deployments
Conquer SaaS Chaos with a SaaS DevOps Platform
Buyers Guide to Workload Protection
Protecting the SDLC
Join the 80% – DevOps for SAP: Laying the Foundations for Success
Streamlining Software Development with SAP Toolchain Integration
How to Get Started with DevOps for SAP
A Practical Guide to DevOps for SAP
Best Practices for GitHub
Buyers Guide for CNAPP
END_OF_DOCUMENT_TOKEN_TO_BE_REPLACED