The top barriers to DevOps adoption involve stagnant organizational cultures (according to 22 percent of respondents); managing the jumble of legacy processes, IT infrastructure and newly created cloud environments (21 percent); and growing software complexity that impacts application modernization initiatives (20 percent), according to the Cloud and DevOps Survey conducted by Quali.

Other critical concerns include the lack of standardized mechanisms for continuous testing (13 percent); managing the setup, tear-down and automation during different stages of the DevOps lifecycle (13 percent); and lack of dedicated budgets for these projects (9 percent).

DevOps teams are still highly dependent on IT assistance to help deliver infrastructure, often through a ticket-based process. About 27 percent of those surveyed get access to the necessary infrastructure and environments within one day. But nearly 50 percent must wait up to one month for infrastructure access, while 24 percent wait for more than a month, particularly those with distributed teams.

Two-thirds of respondents (67 percent) reported implementing some forms of automation to improve productivity and agility, while one-third (33 percent) had no structured automation systems in place. Of those already using automation, 33 percent have self-service capabilities for their R&D and dev/test initiatives.

More than two-thirds of survey respondents (68 percent) cited a strong need to budget for a dedicated Cloud and DevOps Competence center of excellence (CoE) lab, either on-premise or in the cloud, to handle cloud migrations, application modernization efforts, and DevOps automation use cases. Just less than one-third (32 percent) have not budgeted funds for an R&D competency center as part of their immediate plans.

Businesses were roughly split on the need for self-service capabilities to build DevOps environments, perform cloud migrations and conduct continuous testing. One-third of respondents already had some self-service access set up with cloud management platforms. One-third were strongly inclined to adopt on-demand, self-service automation platforms to improve productivity and agility, while one-third had no immediate plans to do so. 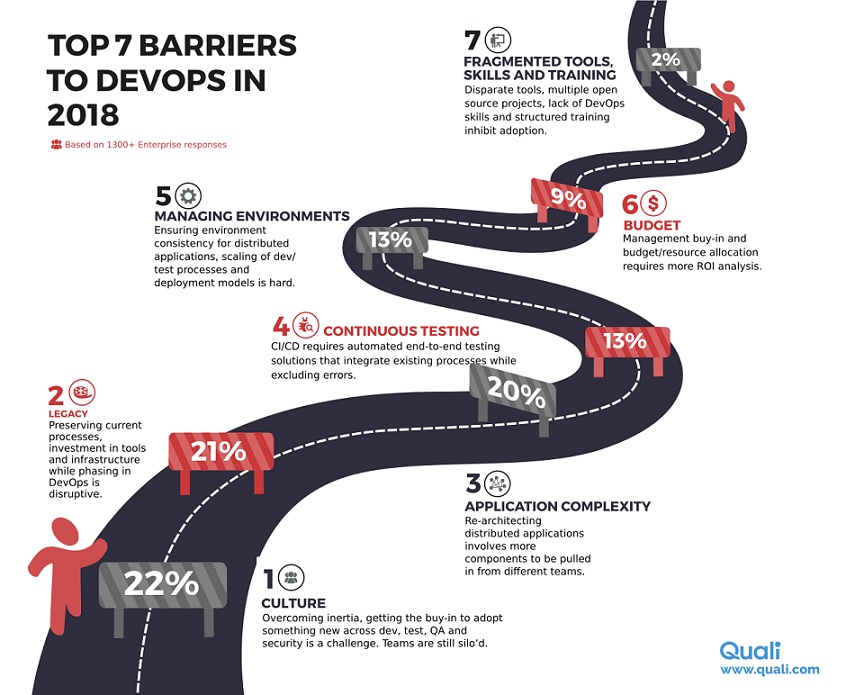 Accelerate Your Serverless Journey with Splunk and AWS
Splunk .conf21 Virtual
How to Get Started with OpenTelemetry
5 Rs: Which Strategy Is Right For Your Application Modernization & Migration to Google Cloud?
How to Use Digital Experience Monitoring to Improve Core Web Vitals
The State of Observability 2021
Isolating Issues and Improving User-Experience Across Your Full Stack
SplunkLive! Americas
A Beginner's Guide to Agile Development for SAP
Splunk Momentum: Infrastructure
How Splunk uses Splunk Observability to Monitor Cloud Apps
Scaling Kubernetes with Splunk and AWS
12 Immutable Rules for Observability
Accelerate the Move to SAP S/4 with DevOps Automation
A Guide to DevOps Tool Chain Integration in SAP
END_OF_DOCUMENT_TOKEN_TO_BE_REPLACED

APIs in Action
How to Optimize Digital Experience with Service-Level Objectives
The State of Observability 2021
The 5 Foundational DevOps Practices
Infrastructure Monitoring 101: The Power to Predict and Prevent
Get Your Cloud & Hybrid Migration Strategy Right in Government
AI and Machine Learning in Your Organization
APIs in Action: A Guide to Monitoring APIs for Performance
Making Sense of Digital Experience Monitoring Solutions
A Practical Guide to DevOps for SAP
Splunk Predictions 2021: Executive Report
Fast-Track Your Multicloud Monitoring Initiative
The Essential Guide to Container Monitoring
The Data Age Is Here. Are You Ready?
END_OF_DOCUMENT_TOKEN_TO_BE_REPLACED