Opsera enables up to 80% faster Salesforce releases with a 25% boost in developer productivity and a 50% decrease in manual release tasks.

And, sign up for Opsera’s Salesforce Release Management free trial

Opsera will exhibit at Dreamforce 2022 in San Francisco from September 20-22, 2022, where attendees will have an opportunity to get hands-on with Opsera’s Salesforce Release Management offering at booth #213.

“Salesforce Release Management technologies and practices are on the rise, but many teams are still learning how to maximize their approach for better, faster release cycles,” said Kumar Chivukula, CTO and co-founder of Opsera. “With our Salesforce Release Management free trial, Salesforce developers, architects and admins are enabled to improve agility and productivity significantly, go to market faster and improve their overall security and quality posture.”

■ Get end-to-end visibility by stage and developer 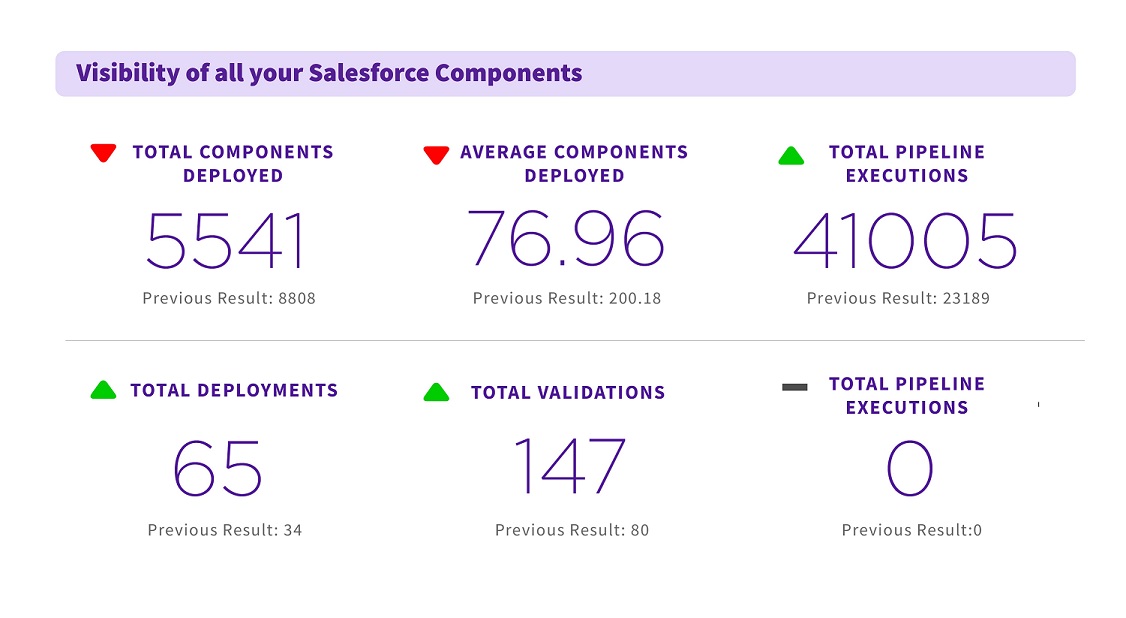 Dreamforce is an annual event that brings together the global Salesforce community for learning, fun, connection, and giving back. At Dreamforce, Trailblazers from all over the world gather to share their stories of success and learn from each other.

In addition to exhibiting, join Opsera for the following activities:

Join Opsera co-founder and CTO, Kumar Chivukula and Director of Product Marketing, Mike Reinhart for a session to learn how to increase Salesforce automation, productivity and release cycles.

Join Opsera for an immaculate view of the San Francisco skyline from the 19th floor at one of the city’s most iconic hotels, The Mark Hopkins.  Full bar service, signature cocktails, and delicious meals provided. RSVP required.

www.opsera.io
BLOG: Everything You Need to Know About CI/CD Pipeline
Start your free trial of Opsera’s Salesforce Release Management Platform
Opsera at Dreamforce 2022

Security at the Speed of Development
Accelerate Your Kubernetes Deployments
How to Map Your Deployment Pipeline
CI/CD Best Practices for Stress Free Software Development
The Importance of Continuous Deployment
10 Pillars of Pragmatic Kubernetes Deployments
Conquer SaaS Chaos with a SaaS DevOps Platform
Buyers Guide to Workload Protection
Protecting the SDLC
Join the 80% – DevOps for SAP: Laying the Foundations for Success
Streamlining Software Development with SAP Toolchain Integration
How to Get Started with DevOps for SAP
A Practical Guide to DevOps for SAP
Best Practices for GitHub
Buyers Guide for CNAPP
END_OF_DOCUMENT_TOKEN_TO_BE_REPLACED