OpenTelemetry — the merger of OpenCensus and OpenTracing — appeared in May of 2019. OpenTelemetry is a project within the Cloud Native Computing Foundation (CNCF) that has gathered contributors and supporters far and wide, becoming one of the most active projects found in open source today. It's currently #2 behind only Kubernetes! 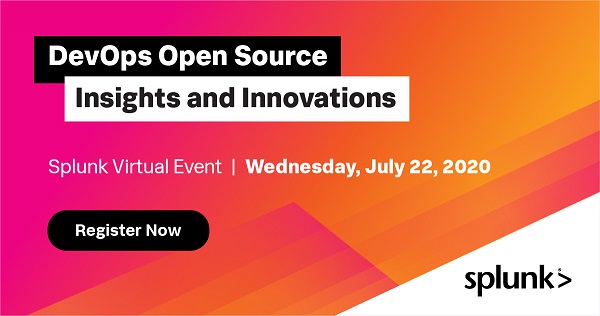 So what is OpenTelemetry?

From the website: “OpenTelemetry provides a single set of APIs, libraries, agents, and collector services to capture distributed traces and metrics from your application.” Given the increasingly complex nature of applications and computing environments as companies progress in their cloud-native journey, and the corresponding need for better visibility — or observability — in production environments, this is pretty important. After all, proprietary, heavy agents are quickly fading into the sunset, with developers and DevOps teams clearly opting for open, flexible instrumentation

In fact, the collaboration that OpenTelemetry has developed is pretty amazing. Looking at the data from CNCF's Devstats, we can find that over 130 companies including cloud providers, monitoring and observability vendors, and end-users, are shown as having made contributions to the project over the last quarter. And, as open-source goes, 26,000+ contributions is substantial for any project, reflecting in the definite importance of this technology.

The 28-day moving average (also from CNCF) shows that this is an active project, with 62 companies and 322 developers contributing to the project, as of July 8, 2020.

This is pretty amazing, since, while every contribution is valuable, deep looks into open source projects have previously indicated that the majority of the work is driven by 1-3 entities. (This may be changing, as a survey by The New Stack and Tidelift show that 84% of polled developers say they contribute to open source projects actively.) And the contributions are across many different areas: collectors, languages, specifications, and more.

OpenTelemetry provides a vendor-agnostic collection mechanism for data, allowing you to choose the right observability tools for your needs. Instrumentation and data collection need to become a commodity. In many ways, data acquisition can be the new lock-in, being tied directly to a specific back end application for the analysis of said data. By removing the barriers of data acquisition and ingest, OpenTelemetry enables choice, your choice of the right technology without limitations, and the ability to freely move to the best technology.

Even more important is the breaking down of those artificially created silos that require moving from tool to tool manually, often requiring the repetition of forensic steps to determine underlying causes.

OpenTelemetry is more than a bandwagon — it's a dynasty. As OpenTelemetry moves forward in its own pathway to software dominance, it's going to accelerate the ability of DevOps teams to implement robust observability and deliver amazing results with cloud-native applications at a time when digital experiences via mobile and web apps are more important than ever.

Find out more about OpenTelemetry by joining Splunk at DevOps Open Source Insights and Innovations on July 22, 2020.

Dave McAllister is a Sr. Technical Evangelist at Splunk

Mirantis announced the release of Mirantis Secure Registry (MSR) 3.0, which supports usage across any Kubernetes distribution.

DevOps Institute announced its lineup for 2022 events and webinars and plans for two new DevOps certifications.

Oxeye unveiled an open-source initiative with the introduction of Ox4Shell.

The Application Security Division of NTT introduced the next phase of The WhiteHat Vantage Platform, Vantage Prevent, a patented solution that enables enterprises to conduct dynamic application security testing (DAST) at each phase of the development cycle and prevent exploitable vulnerabilities from reaching production.

ShiftLeft announced that its Intelligent-SCA product added scanning and attackability analysis for JavaScript (JS) and the TypeScript (TS) language to the ShiftLeft CORE platform.

Forty8Fifty Labs and Old Street Solutions announced that they are partnering in the development and delivery of solutions that simplify the collaboration and use of Atlassian Jira and Confluence.

Improving Customer Experience with End-to-End Application Monitoring
Accelerate Your Serverless Journey with Splunk and AWS
Splunk .conf21 Virtual
How to Get Started with OpenTelemetry
5 Rs: Which Strategy Is Right For Your Application Modernization & Migration to Google Cloud?
How to Use Digital Experience Monitoring to Improve Core Web Vitals
The State of Observability 2021
Isolating Issues and Improving User-Experience Across Your Full Stack
SplunkLive! Americas
A Beginner's Guide to Agile Development for SAP
Splunk Momentum: Infrastructure
How Splunk uses Splunk Observability to Monitor Cloud Apps
Scaling Kubernetes with Splunk and AWS
12 Immutable Rules for Observability
Accelerate the Move to SAP S/4 with DevOps Automation
END_OF_DOCUMENT_TOKEN_TO_BE_REPLACED

Splunk IT and Observability Predictions 2022
Splunk Executive and Emerging Technology Predictions 2022
APIs in Action
How to Optimize Digital Experience with Service-Level Objectives
The State of Observability 2021
The 5 Foundational DevOps Practices
Infrastructure Monitoring 101: The Power to Predict and Prevent
Get Your Cloud & Hybrid Migration Strategy Right in Government
AI and Machine Learning in Your Organization
APIs in Action: A Guide to Monitoring APIs for Performance
Making Sense of Digital Experience Monitoring Solutions
A Practical Guide to DevOps for SAP
Splunk Predictions 2021: Executive Report
Fast-Track Your Multicloud Monitoring Initiative
The Essential Guide to Container Monitoring
END_OF_DOCUMENT_TOKEN_TO_BE_REPLACED