The following is an excerpt from my book, Mastering Kubernetes:

There is no such thing as a zero-downtime system. All systems fail and all software systems definitely fail. Sometimes the failure is serious enough that the system or some of its services will be down. Think about zero downtime as a best-effort distributed system design.

You design for zero downtime in the sense that you provide a lot of redundancy and mechanisms to address expected failures without bringing the system down. As always, remember that, even if there is a business case for zero downtime, it doesn't mean that every component must have zero downtime. Reliable (within reason) systems can be constructed from highly unreliable components.

The plan for zero downtime is as follows:

Redundancy at every level

This is a required condition. You can't have a single point of failure in your design because when it fails, your system is down.

Redundancy is only as good as the ability of the redundant components to kick into action as soon as the original component has failed. Some components can share the load (for example, stateless web servers), so there is no need for explicit action. In other cases, such as the Kubernetes scheduler and controller manager, you need a leader election in place to make sure the cluster keeps humming along.

Tons of metrics, monitoring, and alerts to detect problems early

Even with careful design, you may miss something or some implicit assumption might invalidate your design. Often, such subtle issues creep up on you and with enough attention, you may discover it before it becomes an all-out system failure.

Tenacious testing before deployment to production

Comprehensive tests have proven themselves as a reliable way to improve quality. It is hard work to have comprehensive tests for something as complicated as a large Kubernetes cluster running a massive distributed system, but you need it.

What should you test? Everything. That's right. For zero downtime, you need to test both the application and the infrastructure together. Your 100% passing unit tests are a good start, but they don't provide much confidence that when you deploy your application on your production Kubernetes cluster, it will still run as expected. 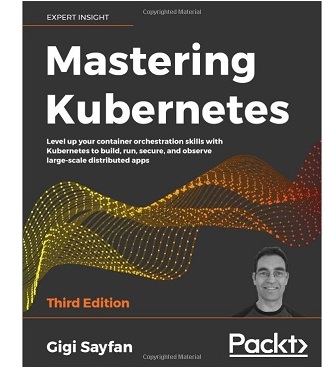 The best tests are, of course, on your production cluster after a blue-green deployment or identical cluster. In lieu of a full-fledged identical cluster, consider a staging environment with as much fidelity as possible to your production environment. Here is a list of tests you should run. Each of these tests should be comprehensive because if you leave something untested, it might be broken:

Does that sound crazy? Good. Zero-downtime, large-scale systems are hard. There is a reason why Microsoft, Google, Amazon, Facebook, and other big companies have tens of thousands of software engineers (combined) just working on infrastructure, operations, and making sure things are up and running.

Perceived uptime as a last resort

OK. Some part of the system is down. You may still be able to maintain some level of service. In many situations, you may have access to a slightly stale version of the data or can let the user access some other part of the system. It is not a great user experience, but technically the system is still available.

How to Successfully Incorporate Observability Into Your Cloud Migration Strategy
Operationalizing Digital Experience with Synthetic Monitoring
How to Get Started with DevOps for SAP - a 10-Step Guide
Splunk IT + Observability Predictions for 2022
Splunk Executive Predictions 2022
Improving Customer Experience with End-to-End Application Monitoring
Accelerate Your Serverless Journey with Splunk and AWS
Splunk .conf21 Virtual
How to Get Started with OpenTelemetry
5 Rs: Which Strategy Is Right For Your Application Modernization & Migration to Google Cloud?
How to Use Digital Experience Monitoring to Improve Core Web Vitals
The State of Observability 2021
Isolating Issues and Improving User-Experience Across Your Full Stack
SplunkLive! Americas
A Beginner's Guide to Agile Development for SAP
END_OF_DOCUMENT_TOKEN_TO_BE_REPLACED

The State of Observability 2022
Build SAP into Wider DevOps Pipelines
A Beginner's Guide to Observability
Splunk IT and Observability Predictions 2022
Splunk Executive and Emerging Technology Predictions 2022
APIs in Action
How to Optimize Digital Experience with Service-Level Objectives
The State of Observability 2021
The 5 Foundational DevOps Practices
Infrastructure Monitoring 101: The Power to Predict and Prevent
Get Your Cloud & Hybrid Migration Strategy Right in Government
AI and Machine Learning in Your Organization
APIs in Action: A Guide to Monitoring APIs for Performance
Making Sense of Digital Experience Monitoring Solutions
A Practical Guide to DevOps for SAP
END_OF_DOCUMENT_TOKEN_TO_BE_REPLACED

The Company Wants You Back in the Office ... Don't Panic - Make the Case for Remote Work
May 26, 2022
The State of Observability 2022
May 24, 2022
DevOps for Low-Code - Friend or Foe?
May 23, 2022
Development vs. Production: Software Security Challenges in Today's Environment - and the Solution
May 19, 2022
How to Prepare Your Team for the Future of DevSecOps
May 17, 2022
DevOps Automation: What DevOps Tasks Should You Automate?
May 16, 2022
DevOps Isn't Only About Tools, It's About Teams and How They Collaborate
May 12, 2022
Cloud Workload Security - Improving Practices for Deployment and Run-Time
May 10, 2022
Knowledge and Experience Need to Ramp Quickly to Meet Massive Expectations for Cloud-Native Development
May 09, 2022
Modernization of Government Services and Its Impact on DevOps Market Outlook Through 2028
May 05, 2022
The State of DevOps Salaries 2022
May 04, 2022
Digital Innovation Pressures Rise for IT Leaders, Making APIs and Microservices Competitive Essentials
May 03, 2022
Network Management Megatrends 2022
May 02, 2022
How to Battle Bugs and Burnout, Fight FOMO, and Refocus on Teamwork
April 28, 2022
Securing Kubernetes – Nature and Nurture Plus Insurance
April 26, 2022
Why Developers Need to Incorporate Mobile Accessibility Into Design
April 25, 2022
The Future Is Smart: Cloud Native + AI
April 21, 2022
What’s the Difference? Continuous Integration, Continuous Delivery and Continuous Deployment Explained
April 19, 2022
AI in Customer Service: High Expectations, Low Satisfaction
April 18, 2022
Agile and DevOps for Continuous Quality and Software Delivery
April 14, 2022