Security is still perceived as a barrier in organizations, with 52% of developers believing that security policies are stifling their innovation, according to a study, titled Bridging the Developer and Security Divide and conducted by Forrester Consulting on behalf of VMware. 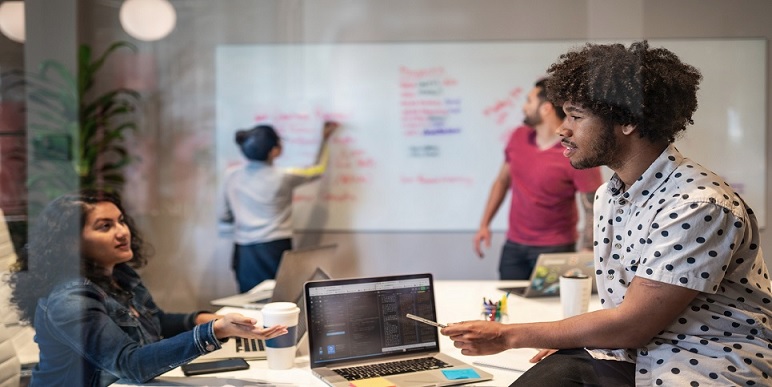 Forrester Consulting surveyed 1,475 IT and security leaders and discovered that only one in five (22%) developers strongly agree that they understand which security policies they are expected to comply with.

Alarmingly, more than a quarter (27%) of the developers surveyed are not involved at all in security policy decisions, despite many of these greatly impacting their roles.

Organizations where security and development teams have a positive relationship can accelerate the software development lifecycle five business days faster than those without — demonstrating how speed to market and competitive advantage are at stake here.

73% of respondents agreed that their senior leadership focuses more on strengthening the relationship between development and security than they did two years ago, but relationships are still strained. In fact, one in three (34%) decision makers reported their organizations' teams are not effectively collaborating or taking strides to strengthen relationships between security and development teams. Lack of role definition for development teams, lack of communication between teams and competing priorities have major impacts on collaboration.

"Our research shows that security needs a perception shift," said Rick McElroy, Principal Cybersecurity Strategist, VMware. "Rather than be seen as the team that only swoops in to fix breaches and leaks, or who 'gets in the way' of innovation, security should be embedded across people, processes, and technologies. Security needs to be a team sport that works alongside IT and developers to ensure protection across clouds, apps and all digital infrastructure. We have to develop a culture where all teams have shared interests and common goals or metrics, and where they speak one language. There's overwhelming value to the business when IT, security, and developers are all part of the decision making, design, and execution."

Shared team priorities and engagement will pave the way forward and there's already progress being made on this front. More than half (53%) of respondents expect security and development teams to be unified within three years. And 42% expect security to become more embedded in the development process in that same period.

There's a broader acknowledgment that cross-team alignment empowers businesses to reduce team silos (71%), create more secure applications (70%) and increase agility to adopt new workflows & technologies (66%).
Methodology: VMware commissioned a survey, undertaken by an independent research organization, Forrester Consulting, in April 2021. 1,475 IT and security managers and above (including CIOs and CISOs) with responsibility for security strategy and decision-making were surveyed with an additional 5 qualitative interviews with IT and security and development VP and above (including CIOs and CISOs) with responsibility for development or security strategy decision-making. Respondents were from a range of industries including technology services, manufacturing, financial services, retail and healthcare. The research was carried out across 26 countries around the world, including: Australia, Belgium, Canada, China, France, Finland, Germany, India, Italy, Israel, Japan, Norway, New Zealand, Netherlands, Poland, Russia, Saudi Arabia, South Africa, Spain, Singapore, South Korea, Turkey, United Kingdom, United States, UAE.

SonarSource added over 5,000 customers in the last 12 months, reaching the 15,000 commercial customers milestone in record time.

Actian announced the general availability of its newly released DataConnect 12 integration platform, demonstrating a continued focus on ease of use for complex data integration and data quality.

vFunction announces the availability of the vFunction Application Transformation Engine and the expanded vFunction Modernization Platform, with new, advanced capabilities that enable enterprises to automatically assess, analyze, and manage the full modernization and migration process from start to finish.

Mage raised a $6.3 million seed round led by Gradient Ventures.

Checkmarx announced the launch of the Checkmarx Application Security Platform to help CISOs, AppSec teams, and developers address the growing and dynamic security challenges they face.

Okta announced the availability of Okta Workflows as a standalone offering for all customers.

Red Hat announced a series of updates in its portfolio of developer tools and programs aimed at delivering greater productivity, security and scale for developers building applications on Red Hat OpenShift.

Pulumi released a public Registry that enables developers and infrastructure teams to apply “share and reuse” software principles to the modern cloud.

Fugue announced support for Kubernetes security prior to deployment.

How to Get Started with OpenTelemetry
5 Rs: Which Strategy Is Right For Your Application Modernization & Migration to Google Cloud?
How to Use Digital Experience Monitoring to Improve Core Web Vitals
The State of Observability 2021
Isolating Issues and Improving User-Experience Across Your Full Stack
SplunkLive! Americas
A Beginner's Guide to Agile Development for SAP
Splunk Momentum: Infrastructure
How Splunk uses Splunk Observability to Monitor Cloud Apps
Scaling Kubernetes with Splunk and AWS
12 Immutable Rules for Observability
Accelerate the Move to SAP S/4 with DevOps Automation
A Guide to DevOps Tool Chain Integration in SAP
A Step-by-Step Guide to CI/CD Workflows in SAP
What is DevOps for SAP (and why should you care)?
END_OF_DOCUMENT_TOKEN_TO_BE_REPLACED

APIs in Action
How to Optimize Digital Experience with Service-Level Objectives
The State of Observability 2021
The 5 Foundational DevOps Practices
Infrastructure Monitoring 101: The Power to Predict and Prevent
Get Your Cloud & Hybrid Migration Strategy Right in Government
AI and Machine Learning in Your Organization
APIs in Action: A Guide to Monitoring APIs for Performance
Making Sense of Digital Experience Monitoring Solutions
A Practical Guide to DevOps for SAP
Splunk Predictions 2021: Executive Report
Fast-Track Your Multicloud Monitoring Initiative
The Essential Guide to Container Monitoring
The Data Age Is Here. Are You Ready?
END_OF_DOCUMENT_TOKEN_TO_BE_REPLACED

The Truth About the Underwhelming State of DevOps: Can CI/CD and IaC Fully Achieve Their Promise?
October 20, 2021
Gartner Identifies Top Strategic Technology Trends for 2022
October 19, 2021
How Are Top Companies Using Marketing APIs?
October 18, 2021
Divide Deepens Between Developer and Security Teams
October 14, 2021
CIO and CTO Roles Converge and Rate of Innovation Becomes a KPI as DevOps Initiatives Mature
October 12, 2021
While Quality Owners Might Change, Similar Challenges Continue
October 07, 2021
Zen and Achieving No Burnout Status
October 05, 2021
Leveraging Kubernetes to Drive Big Value From Big Data
October 04, 2021
Why It's Time to Bring a DevOps Mindset to Process Automation
September 30, 2021
Decoded: Breaking Down Policy as Code and its Role in Infrastructure Security
September 28, 2021
Release Management Part 1: Why It Exists
September 27, 2021
How to Build a Feedback Loop That Narrows the Gap Between Development and Security
September 23, 2021
As Web Browsers Went, So Goes Kubernetes
September 21, 2021
Uncovering the $126 Million Software Knowledge Gap. Is Your Organization Missing Out?
September 20, 2021
The App Development Approach Every CTO has on Their Radar: Low-Code
September 16, 2021
Organizations with Mature Data Practices Innovate Twice as Fast
September 15, 2021
Everyone Can't Be a Software Engineer: How the Low-Code Era is Driving Enterprise Growth
September 13, 2021
Financial Organizations Outperform Other Industries in Application Testing
September 09, 2021
11 Predictions for the Future of Observability
September 07, 2021
Platform Ops: The Key to Unlocking the Full Potential of DevOps
September 02, 2021