Skip to main content
Cybersecurity: State of the Union
September 06, 2017

Terry Critchley
Author of "Making It in IT"

I will illustrate the parlous state of cybersecurity today (mid-2017) with an analogy. Look at the graph below showing the losing margin of your favorite sports team over a few years: 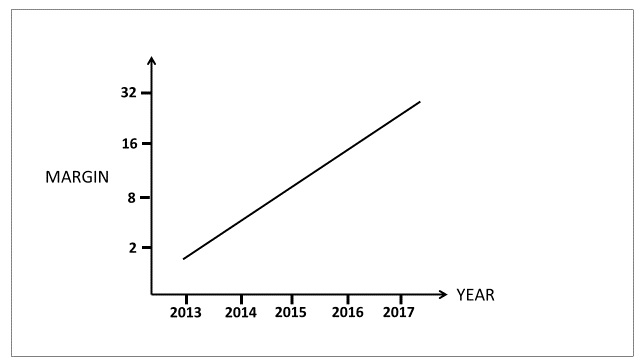 What do you recommend the team manager does; resign, buy new team footwear, patch the existing footwear, change their shirt colors? Have their hair cut? No, you might suggest that the team and/or manager is changed radically, taking into account the weaknesses that caused these disastrous losses and mitigating them.

An exact parallel exists today in the field of internet cybersecurity. There is a “team” battling to keep it secure and the opposition who are scoring at will, despite the team's efforts. The number of malware breaches (to use a generic term) are rising in near exponential numbers and, unless there are radical changes, this is set to continue unabated. Most pundits agree with this forecast.

You can find all sorts of numbers by a suitable internet search but the two things they have in common is they are large and increasing.

1. The internet by its very nature is open and, as such, prone to abuse, just like a building without doors or windows.

2. The software which drives the internet was written with openness in mind and not security in mind. It is thus very difficult to retrofit security (or anything else absent from the original design) into it.

3. The result of this is endless patching and re-patching, rather like fixing rust patches on a rust-bucket car only to find another pops up somewhere else on the bodywork.

4. There are factions making money out of selling security hardware, software and services to users and have a vested interest in maintaining the status quo.

5. Current thought puts a lot of the onus on the user (in the most general sense), which I believe is wrong. When I buy an airplane ticket, I don't expect to provide my own life vest, seatbelt and emergency oxygen; that's what I paid my money for. I'll play my part as requested by the cabin staff but that's all.

6. Not only are malware incidents increasing in volume but in sophistication and collateral damage inflicted.

7. The rise of mobile internet access and IoT (Internet of Things) means there is an added dimension to the problem, not to mention two orders of magnitude of potential targets. Targets even today include power stations and simulated attacks on car control systems and this, if nothing else, demands action other than continuous patching, exhortations to the user and hoping for the best.

8. The defense system today cannot cope and hasn't a hope of coping with this new internet security dimension.

9. Any radical new architecture (and an architecture is needed) will involve hardware and software vendors whose products drive the internet in changing their products to conform to this architecture. This conformance will have to be enforced by governments and other large consumers insisting on this conformity by all relevant suppliers. Similar mandates are in force now in some areas.

10. There will be some resistance to a new architecture from anyone who makes money out of the current status of cybersecurity for at least three reasons:

■ Some of these vendors may be unable to retrofit the architecture onto their current products, originally designed without security in mind.

What is Being Done Today?

More of the same I'm afraid; more exhortations to the users (There have been annual warning to the US President every few year since 1992, saying exactly the same thing; "unless we do something (Mr. President) we are heading for serious trouble" or words to that effect), more selling of solutions and a host of new cyber defense projects across the world by governments, IT organizations and , in some cases, IT vendors. They are being developed in complete isolation (cybersecurity silos) and as a result will almost inevitably be incompatible and will hence fail to communicate with each other.

These projects will also be fairly public, rather akin to the NIST output, and the bad guys will love that as they will get advance inklings of what is going on. This has been issuing forth since 1970 and their reports can be numbered in hundreds.

A Few of the Initiatives:

Taking bold actions to protect Americans (But nobody else?) in today's digital world.

The word "architecture" does not appear in the Govt. paper about the NCSS. It does say: "We want to create a cyber ecosystem in which cyber start-ups proliferate, get the investment and support they need to win business around the world, to provide a pipeline of innovation that channels ideas between the private sector, government and academia."
The Rt. Hon Matt Hancock MP, Minister of State for Digital and Culture [UK National Cyber Security Strategy].

Which is the exact opposite of what is needed. This represents silos within a silo. 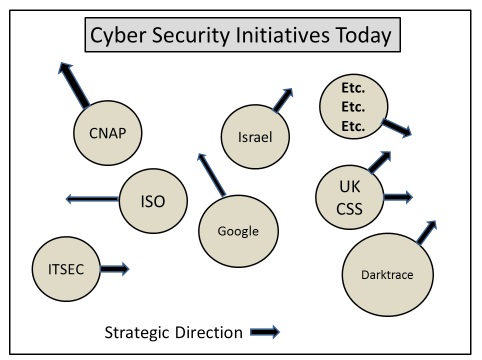 Figure 2: Whither a Cybersecurity Architecture?

There are many, many others to choose from, each adding to the users' confusion as to which to select:

I needn't go on as I feel I have made the point that too many cooks will spoil the (cybersecurity) broth. If the initiatives deliver results, it is highly unlikely that systems using different security architectures of frameworks will communicate without some serious work to provide compatibility.

The outcome is likely to be what we call in England "a dog's breakfast" or, in US terms, "a screw-up." Dr. Terry Critchley is the Author of "Making It in IT", "High Performance IT Services" and “High Availability IT Services”

"Making It in IT" by Terry Critchley

How to Successfully Incorporate Observability Into Your Cloud Migration Strategy
Operationalizing Digital Experience with Synthetic Monitoring
How to Get Started with DevOps for SAP - a 10-Step Guide
Splunk IT + Observability Predictions for 2022
Splunk Executive Predictions 2022
Improving Customer Experience with End-to-End Application Monitoring
Accelerate Your Serverless Journey with Splunk and AWS
Splunk .conf21 Virtual
How to Get Started with OpenTelemetry
5 Rs: Which Strategy Is Right For Your Application Modernization & Migration to Google Cloud?
How to Use Digital Experience Monitoring to Improve Core Web Vitals
The State of Observability 2021
Isolating Issues and Improving User-Experience Across Your Full Stack
SplunkLive! Americas
A Beginner's Guide to Agile Development for SAP
END_OF_DOCUMENT_TOKEN_TO_BE_REPLACED

The State of Observability 2022
Build SAP into Wider DevOps Pipelines
A Beginner's Guide to Observability
Splunk IT and Observability Predictions 2022
Splunk Executive and Emerging Technology Predictions 2022
APIs in Action
How to Optimize Digital Experience with Service-Level Objectives
The State of Observability 2021
The 5 Foundational DevOps Practices
Infrastructure Monitoring 101: The Power to Predict and Prevent
Get Your Cloud & Hybrid Migration Strategy Right in Government
AI and Machine Learning in Your Organization
APIs in Action: A Guide to Monitoring APIs for Performance
Making Sense of Digital Experience Monitoring Solutions
A Practical Guide to DevOps for SAP
END_OF_DOCUMENT_TOKEN_TO_BE_REPLACED

How to Prepare Your Team for the Future of DevSecOps
May 17, 2022
DevOps Automation: What DevOps Tasks Should You Automate?
May 16, 2022
DevOps Isn't Only About Tools, It's About Teams and How They Collaborate
May 12, 2022
Cloud Workload Security - Improving Practices for Deployment and Run-Time
May 10, 2022
Knowledge and Experience Need to Ramp Quickly to Meet Massive Expectations for Cloud-Native Development
May 09, 2022
Modernization of Government Services and Its Impact on DevOps Market Outlook Through 2028
May 05, 2022
The State of DevOps Salaries 2022
May 04, 2022
Digital Innovation Pressures Rise for IT Leaders, Making APIs and Microservices Competitive Essentials
May 03, 2022
Network Management Megatrends 2022
May 02, 2022
How to Battle Bugs and Burnout, Fight FOMO, and Refocus on Teamwork
April 28, 2022
Securing Kubernetes – Nature and Nurture Plus Insurance
April 26, 2022
Why Developers Need to Incorporate Mobile Accessibility Into Design
April 25, 2022
The Future Is Smart: Cloud Native + AI
April 21, 2022
What’s the Difference? Continuous Integration, Continuous Delivery and Continuous Deployment Explained
April 19, 2022
AI in Customer Service: High Expectations, Low Satisfaction
April 18, 2022
Agile and DevOps for Continuous Quality and Software Delivery
April 14, 2022
Why Infrastructure Access is the New Strategic Priority for DevOps Teams
April 12, 2022
The Dollars and Sense of Application Security Testing ROI
April 11, 2022
Do You Need to Upgrade Your DevOps Solution? Here's What to Look for in a New One
April 07, 2022
DevOps Transformation Services – The Key to Speed Up Your Digital Transformation
April 05, 2022