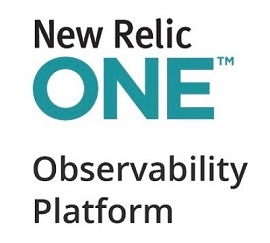 According to New Relic's More Perfect Software Research report, a small cohort of firms, the "leaders," 25% of survey respondents, have made far greater progress than their peers in developing more perfect software.

On the other end of the scale, the "laggards" are the 25% of respondents that scored lowest.

■ 90% of leaders say that developing and deploying more perfect software is a strategic priority.

■ Leaders showed stronger revenue growth over the past three years, with more than a third of leaders reporting a 10+% increase in revenue during this time period.

■ Leaders were more likely to say that their firm is ahead of the competition in:
1. brand perception
2. employee engagement
3. financial performance
4. pace of innovation.

The report measures how global respondents measure up in five imperatives for software excellence, with the following key takeaways:

Observability is a critical component of software development and performance optimization, because it allows developers to rapidly innovate, test, and deploy new features and applications with the confidence that it won't break other parts of the system.

■ 94% of leaders say that making software observable is a key tenet of their software development — not just something bolted on afterward, where only 56% of the laggards say the same.

■ 78% of leaders find out about system and software interruptions via observability platforms, compared with only 12% of laggards.

■ Leaders are less likely than laggards to report that they learn of software and service interruptions via external customers (33% compared with 48%).

Migrating systems to and developing applications in the cloud is vital for producing, deploying, and managing software at a rapid pace.

■ On average, leaders run 66% of their software and systems in the cloud, while for the laggards it is only 46%.

■ 96% of leaders report adopting a cloud native approach to software development vs. only 24% of laggards.

■ 98% of leaders have adopted continuous integration/delivery vs. only 40% of laggards.

The top barriers to greater cloud adoption for the leaders were reported as being security concerns and regulations; whereas for the laggards it was lack of skills and sunk investment in on-premises infrastructure.

Firms that integrate data on software and systems performance with data on end-user performance can quickly understand how changes to software affect their customers and overall business performance.

■ 100% of leader organizations have integrated end-user performance data (across platforms), compared with just 20% of laggard organizations.

■ 99% of leaders say they are able to quickly understand the results of changes to software, compared with only 38% of laggards.

■ 83% of the leaders have fewer than five major software or systems outages per month, compared with just 3% of laggards.

■ 75% of leaders have an average resolution time of less than 30 minutes, compared with only 1% of laggards.

To produce better software more quickly, firms must give developers the autonomy to make decisions about software development and management. An overly hierarchical team structure and a complex maze of legacy systems can mean that developers spend too much time navigating internal politics and fixing issues, and not enough on innovation and development.

■ 99% of leaders said they have in place the observability technology and culture to allow developers to make quick decisions, without fear of repercussions, compared to only 33% of laggards.

■ This might be why leaders spend on average 77% of their time innovating (versus fixing issues), while laggards spend just 54%.

The research finds that firms are only about halfway through their journey to developing and managing outstanding software: the average score is 6.22 out of a possible 10. However, the leaders are significantly further ahead, with an average score of 7.57 compared to laggards' average score of 4.39.

About the Survey: New Relic's More Perfect Software research was commissioned in partnership with Longitude, an award-winning thought leadership agency, part of the Financial Times Group. The insights from this research are based on a survey of 400 global IT executives and practitioners conducted in February and March 2020. The respondents are based in Australia, France, Germany, Japan, the UK, and US. All respondents are employed in organizations with annual revenues of at least $500 million, and 20% of respondents work within the C-suite.

No Code Orchestration of Octopus Deployments
All About Container Security
Introducing ActiveControl 9.0: 4 Principles for Removing Bottlenecks from SAP Change Delivery to Drive Business Growth
CI/CD with GitHub Actions and Octopus Deploy
DevOps Transformation Using No-Code Orchestration
CI/CD with GitHub Actions and Octopus Deploy
Automate Salesforce Releases: Live Panel with Nokia
Getting Started with Octopus Deploy
Rebuilding and Scaling Up Your SaaS Product
Database DevOps - Building Better Systems
Database DevOps - Imagining Better Systems
What DevOps Professionals Need to Know About SAP
A Beginner's Guide to Agile Development for SAP
A Step-by-Step Guide to CI/CD Workflows in SAP
What is DevOps for SAP (and how can it help)?
END_OF_DOCUMENT_TOKEN_TO_BE_REPLACED

Security at the Speed of Development
Accelerate Your Kubernetes Deployments
How to Map Your Deployment Pipeline
CI/CD Best Practices for Stress Free Software Development
The Importance of Continuous Deployment
10 Pillars of Pragmatic Kubernetes Deployments
State of Open Source Security Report 2022
Conquer SaaS Chaos with a SaaS DevOps Platform
Buyers Guide to Workload Protection
Protecting the SDLC
Join the 80% – DevOps for SAP: Laying the Foundations for Success
Streamlining Software Development with SAP Toolchain Integration
How to Get Started with DevOps for SAP
A Practical Guide to DevOps for SAP
Best Practices for GitHub
END_OF_DOCUMENT_TOKEN_TO_BE_REPLACED