Skip to main content
4 Steps to Reduce Risks and Costs of Open Source Languages
May 29, 2019

It's become common practice to use open source languages to code, helping companies iterate and release more quickly in a DevOps world. However, these languages bring some challenges with them, adding complexity and risk. Developers are still wasting time on retrofitting languages to comply with enterprise criteria, according to ActiveState's annual developer survey.

The amount of time spent on programming has dropped almost 20% since last year. More than 61% of respondents spend just four hours or less per day programming — that is, actually doing their job. Developers aren't able to focus efforts on high-value work due to non-coding activities like retrofitting software for security and open source licenses after application software and languages have been built. 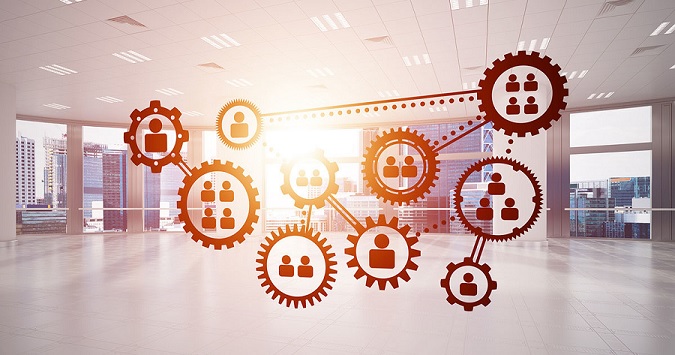 These statistics speak to the fact that IT departments lack visibility into new security threats and struggle to track code in production for required updates, patches and new vulnerabilities. Development grabs from open source ecosystems, which consist of thousands of third-party packages that may or may not comply with enterprise security and open source license criteria. This, of course, can expose a company to application-level security vulnerabilities.

As for open source languages themselves, popularity and satisfaction aren't always connected. For daily use, developers most often use SQL (80%) — but Python has the highest satisfaction levels: 77% were satisfied or very satisfied with it.

Perhaps its satisfaction is owed to the fact that Python is quite flexible. It began as a scripting solution for sysadmins, then became useful to web development for programmers and is now the driving force behind machine learning. The language's usage continues to grow — developers clearly want to use it. So, to support this usage, organizations need to ensure their developers can do so safely and securely.

And for organizations to effectively decrease the risks and costs of managing open source languages they should implement a systematic and automated workflow: Open Source Language Automation. This workflow can be broken down into four steps:

Open source languages provide the flexibility developers are looking for, so they are here to stay in the enterprise. Using the four steps will help your organization continue to iterate quickly, but with greater efficiency and security.

Methodology: ActiveState surveyed 1,250 developers in 88 countries on what they're spending their work hours on and how they are using open source languages. Respondent ages ranged from under 25 to 61+ years, with those in their early 40s making up the largest group at almost 15%. The largest number of responses came from the U.S., Canada and Germany.

Bart Copeland is CEO and President of ActiveState

Platform.sh announced it has partnered with MongoDB.

Veracode announced the enhancement of its Continuous Software Security Platform to include container security.

Mirantis announced that Mirantis Container Runtime – latest generation of the Docker Enterprise Engine, the secure container runtime that forms the foundation of Mirantis Container Cloud and Mirantis Kubernetes Engine and is used at the heart of many other Kubernetes deployments – is now available in the Microsoft Azure Marketplace.

Parasoft announced the latest releases of its API and microservices testing tools, including SOAtest, Virtualize, CTP, and Selenic.

Vaadin announced the release of four Acceleration Kits designed to make it faster and easier to build and modernize Java applications for enterprise use.

Arcion announced agentless change data capture (CDC) for all of its supported databases and applications.

CloudBees announced the acquisition of ReleaseIQ to expand the company’s DevSecOps capabilities, empowering customers with a low-code, end-to-end release orchestration and visibility solution.

SmartBear continues expanding its commitment to the Atlassian Marketplace, adding Bugsnag for Jira and SwaggerHub Integration for Confluence.

Bugsnag developers monitoring application stability and documenting in Jira no longer need to interrupt their workflow to access the app. Developers working in SwaggerHub can use the macro to push API definitions and changes directly to other teams and business stakeholders that work within Confluence. By increasing the presence of SmartBear tools on the Atlassian Marketplace, the company continues meeting developers where they are.

Rebuilding and Scaling Up Your SaaS Product
Database DevOps - Building Better Systems
Database DevOps - Imagining Better Systems
What DevOps Professionals Need to Know About SAP
A Beginner's Guide to Agile Development for SAP
A Step-by-Step Guide to CI/CD Workflows in SAP
What is DevOps for SAP (and how can it help)?
AWS DevSecOps Bootcamp: Automate Cloud Security with Terraform and Bridgecrew
Exploring an Integrated DevOps Workflow in SAP
How to Get Started with DevOps for SAP - a 10-Step Guide
END_OF_DOCUMENT_TOKEN_TO_BE_REPLACED

The Importance of Continuous Deployment
10 Pillars of Pragmatic Kubernetes Deployments
State of Open Source Security Report 2022
Conquer SaaS Chaos with a SaaS DevOps Platform
Buyers Guide to Workload Protection
Protecting the SDLC
Join the 80% – DevOps for SAP: Laying the Foundations for Success
Streamlining Software Development with SAP Toolchain Integration
How to Get Started with DevOps for SAP
A Practical Guide to DevOps for SAP
Best Practices for GitHub
Buyers Guide for CNAPP
DevSecGuide to Kubernetes
Buyers Guide for DevSecOps
END_OF_DOCUMENT_TOKEN_TO_BE_REPLACED